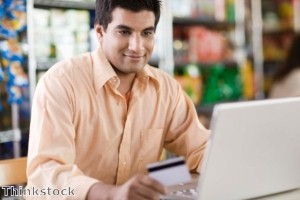 Dubai Duty Free (DDF) has unveiled plans to launch an online store as it seeks to grow its market share.

Its physical stores have become an increasingly large presence in the emirate's aviation sector and so this move will only add to this.

This can be seen from figures released for December 20th, which marked the 30th anniversary of DDF. On this day, sales reached AED 111.88 million (£18.6 million) thanks in part to a 30 per cent discount special offer.

Once the portal is up and running, visitors will have access to over 3,000 gifts and products, without having to walk around the many shops.

Colm McLoughlin, executive vice chairman of DDF, said: 'We believe that this service will result in incremental sales and that there is a greater expectation from travellers to have this kind of service available.'

He added there are also further expansion plans are in place, including making the most of Al Maktoum International and Concourse D at Dubai International Airport. In 2013, DFF generated sales of $1.8 billion (£1.1 billion), with perfume taking in the most cash.

Thanks to the new system, customers will be able to order their items online and then pick them up when visiting the airport.

Last year, DDF picked up the title of best duty free shop from Global Traveler, which is testament to the quality of services it offers. It is the seventh year in a row it has been given the honour.

Mr McLoughlin was delighted with award, thanking everyone who took part in the survey. 'It is gratifying to know that Dubai Duty Free is consistently seen as the very best in the business,' he stated.

This builds on a number of other titles it has scooped, including Frontier's Best Airport Of The Year, Image RetailME's Most Admired Middle East Retailer of The Year and Drink Business Award's Retailer Of The Year.