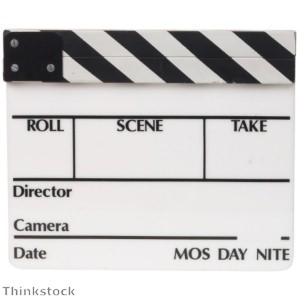 A new online portal could help to persuade filmmakers from around the world to shoot footage in Dubai.

The Dubai Film and TV Commission (DFTC) - an organisation that hands out permits to movie producers - is planning to launch a website that will link government agencies and private parties, making it easier for filming applications to be processed.

By reducing the amount of red tape required to receive a pass, it is hoped more star-studded blockbusters will be filmed in the emirate.

Many people underestimate how complex the application process is and numerous bodies have to be informed before a licence is granted.

Jamal Al Sharif, chairman of the DFTC, told the National: 'The automated system lets other agencies, like the Dubai Police, know that a company is registered to shoot in Dubai. You will be able to get approval outside of the country, on mobile phones and tablets.'

The DFTC said its partners have been demanding a more convenient system and it hopes to have the online portal in place by the end of the year.

At the moment, applications take around five days to process, but the new platform will reduce this to just one day.

Mr Al Sharif believes Dubai is a very popular destination among filmmakers and 19 movies were shot in the emirate in 2012. The DFTC has already received 429 applications so far this year, although not all of these will be approved.

'Dubai is the star now, you can sense the excitement in the audience when they see Dubai in a film,' he added.

According to 7 Days in Dubai, the fact the imposing Burj Khalifa is now available on Google Street View has worked in Dubai's favour.

Producers are using the online tool to scout out potential filming locations around the tallest building on the planet. Google's Street View facility is so detailed that filmmakers can essentially go on a 360 degree tour of the building without leaving their office.