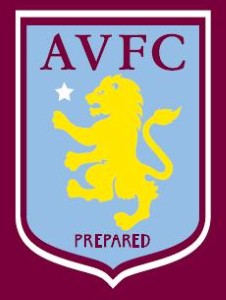 The 29-year-old Australian international has agreed to move to Al Nasr - who finished in sixth position in last year's UAE Pro League.

Holman has helped his country qualify for the 2014 Fifa World Cup in Brazil and featured in the recent victory over Iraq.

The Aussie was signed for Villa by previous manager Alex McLeish, but he found it hard to secure a long-term place in the team under the Scot's successor Paul Lambert.

Indeed, he only started 16 games in the 2012-13 season, with the bulk of these coming in the first half of the campaign.

Speaking to the National, Al Nasr board member Fahad Hadi said he believes Holman will add quality to the team.

'Brett represents a strong signing for us as he's an international player who has played in England, one of the top leagues in Europe,' he was quoted as saying.

'He has the qualities that we needed at Al Nasr and, most importantly, he has a lot of experience.'

Holman has played in the Netherlands for the majority of his career to date and was particularly impressive for AZ Alkmaar.

His performances for the Dutch side earned him a move to the Premier League, but he has now ended his brief stay in England to try his luck in the Middle East.

Although the UAE Pro League is still relatively unknown around the world, it is slowly starting to grow in stature, with a steady stream of recognisable players moving to the country.

The stand-out name at the moment is Ghana international and former Sunderland striker Asamoah Gyan, who netted 31 goals for Al Ain last season, making him the league's top scorer.

He was closely followed in the scoring charts by Batista Libanio - better known as Grafite. Football fans will remember the Brazilian from his time at German club Wolfsburg, where he formed a formidable partnership with current Manchester City star Edin Dzeko.