The 16th edition of the Dubai Summer Surprises festival - a major retail extravaganza - will get underway tomorrow (June 7th) and organisers of the event have promised four-weeks of exciting family-friendly activities. 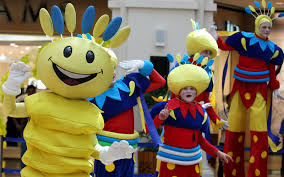 The number of shoppers visiting Dubai over the course of the month was up by 10.4 per cent when compared with 2011, while retail revenue increased by 39.9 per cent year-on-year.

Dubai Festivals and Retail Establishment (DFRE), an agency of the Department of Tourism and Commerce Marketing, organises the event and leaders of the group are hoping for another successful festival in 2013.

He added that some people may find it strange that DFRE is promoting Dubai as a summer destination - as this is when the majority of tourists visit the city anyway - but there is a reason for doing this.

"Indeed for some, it is almost as unusual as promoting the North Pole as a winter destination. But that is the beauty of Dubai: its ability to redefine what the word 'impossible' means," Mr Al Maktoum commented.

Dubai Summer Surprises was first launched in 1998 and it has grown significantly since then, with more than 6,000 stores now taking part in the event.

Chief executive of the DFRE Laila Suhail said the festival has become a "must-do" occasion and people flood into the UAE from all over the world to take part each year.

Activities are held between 10:00 and 22:00 local time from Saturday to Wednesday, from 10:00 until midnight on Thursdays and between 15:00 and midnight on Fridays.