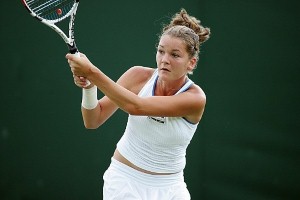 Agnieszka Radwanska will start as the heavy favourite at the Dubai Duty Free Tennis Championship.

The 24-year-old Pole, who is through to the semi-finals of the Australian Open, will be hoping to continue her current good form at the event, which is scheduled to take place between February 17th and March 1st.

Radwanska took the title in 2012 as well as making the final of Wimbledon and Colm McLoughlin, executive vice-chairman of tournament owners and organisers Dubai Duty Free, is happy that she will be competing.

He told Gulf News: 'Radwanska was a worthy champion in 2012 and we look forward to seeing her in action again in just a few weeks. We are delighted to see so many of the Dubai women's field in such good form.'

Tickets for the event have been selling fast since January 14th, with many of the days of action already sold out. This demonstrates the popularity of sporting events in the emirate, as people enjoy the opportunity to see world-class players in the flesh. The men's quarter-finals, semi-finals and final have now all sold out.

Tournament director Salah Tahlak pointed out 16 of the current top-20 in the world are set to compete, which underlines how important a date on the tennis calendar Dubai has become.

Of course, it is not just the best female tennis players who will taking to the courts, as Novak Djokovic - current men's world number two - will be vying for his fifth title. Juan Martin del Potro, Tomas Berdych, Roger Federer and Jo-Wilfried Tsonga are also competing in what will be a stellar line-up.