A city of surprises 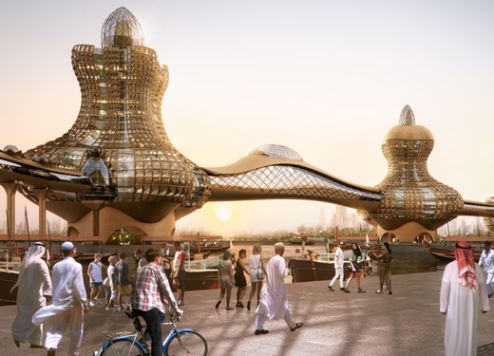 With an Aladdin-inspired development on the horizon, a new Guinness World Record set and beaches named among the best in the world, there is never a dull moment in Dubai

The perfect shoreline The flawless beaches of Dubai have long been a central attraction of the city, but now they have been lauded as the world’s best shoreline in a new study commissioned by cruise line Royal Caribbean and spearheaded by psychologist, Dr David Holmes. London lifestyle and travel vlogger Laila Swann helped with the judging process, having travelled extensively thanks to her burgeoning social media following. Her view mirrored the results of the mathematical study conducted by Dr David Holmes. “Having travelled to Dubai in March this year, I can certainly vouch for its sensational shoreline,” she said.

Three is the magic number for Riverland The multi-themed dining and destination venue Riverland Dubai has officially opened, connecting three theme and water parks at Dubai Parks and Resorts. Access is available for any visitors attending one of the adjoining parks, which feature a range of restaurants, retail outlets and street entertainment for all the family. The curated experiences are varied, ranging from visiting a medieval French village to a trip through time to 1930s India.

Agrabah might be closer than you think With Dubai’s very own Aladdin City developing at an impressive speed, fans of the Disney franchise will be excited to visit a real-life version of Agrabah in the near future. Based in Dubai Creek, the fairy tale city is now in the “detailed design” stage. Inspired by Aladdin and Sinbad, the development will resemble three genie lamps connected together featuring one 33-floor hotel and two commercial towers.

Revving that engine Judging from the cars on show, the inaugural Gulf Concours car show (November 17-19) was quite a spectacle. Some of the world’s rarest sports and luxury vehicles were displayed at the invitation-only event, including a Ferrari 250 GT Competition Berlinetta Sport Speciale, originally part of the Ferrari 250 collection produced in 1953.

A model attraction If the arrival of LEGOLAND Dubai wasn’t exciting enough, Merlin Entertainments has unveiled another impressive development by confirming the Dubai Madame Tussauds museum will open in Autumn next year. The attraction will build on the success of the internationally-renowned London museum, and will be co-located with the under-construction Dubai Eye Ferris Wheel on Bluewaters Island off the coast of Dubai Marina.

An island in the making The iconic Dubai Water Canal project has finally opened, stretching 3.2km from the Business Bay Canal to the Arabian Gulf via Sheikh Zayed Road, Al Wasl Road and Jumeirah Road. The flowing waterway is expected to attract more than 30 million visitors annually, according to Dubai’s Roads and Transport Authority (RTA).  Around one million passengers are expected to use the marine transit modes ferrying the canal by 2020, increasing to four million by 2030.

Stadium ambitions A multi-purpose indoor arena with a capacity of around 20,000 people is to be built in the heart of the Dubai. Work has begun on Dubai Arena, located near the vast City Walk retail development, which is expected to be open by the end of 2018. The air-conditioned stadium will be "the future ‘go-to’ venue for all international music concerts as well as other sporting and entertainment events", according to developer Meraas. The venue has set its sights on attracting world-renowned athletes, artists and performers and will focus on hosting large global events and performances that are yet to visit the region.

National pride December kicks off with a whirlwind of activity and excitement in Dubai as Emiratis, resident expats and visitors to the city celebrate the UAE’s 45th National Day. The festivities get off to a start on Thursday, December 1, with the ‘National Day Arabic Concerts’ featuring Emirati artists taking place around the city at Dubai Mall, Dubai Festival City, Mall of the Emirates, City Walk, The Beach and City Centre Mirdif. All of Dubai’s malls, as well as its theme parks, will be celebrating the occasion with shows and promotions from December 1 to 3, and as the sun sets on National Day itself, December 2, the sky will light up with fireworks at The Beach from 8:30pm.