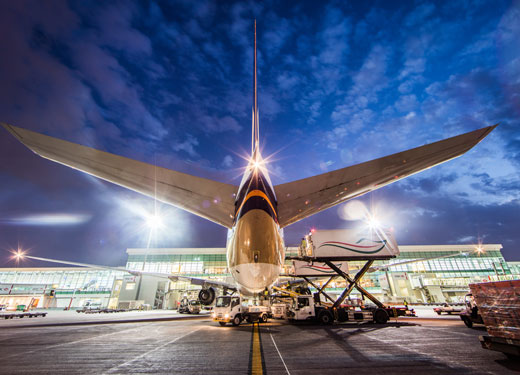 The world’s busiest airport for international passenger traffic also witnessed a 11.7 percent year-on-year hike in June traffic, from just over 6 million in 2017 to almost 6.8 million in 2018 – a key factor driving the strong half-year performance, according to operator Dubai Airports.

The figures are testament to Dubai’s growing popularity as a hub for tourism and trade, facilitated by ongoing improvements outlined in the DXB Plus programme, which aims to boost the airport’s capacity to 118 million passengers.

Crucial to this is the implementation of cutting-edge technology, which has paved the way for smoother passenger journeys by tracking and managing queue waiting times and installing Emirates ID smart gates for UAE residents.

At the same time, DXB is benefitting from the network expansion of Dubai carriers Emirates and flydubai, as well as the easing of visa regulations for Chinese and Russian visitors, all of which have boosted passenger traffic.

This will push passenger traffic to around 90.3 million by the end of the year.