6 upcoming projects in Dubai that 'will boost tourism' 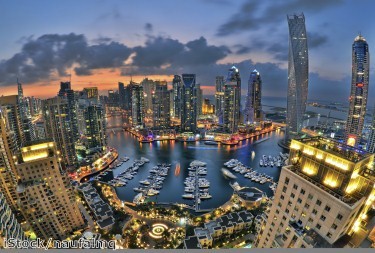 A host of projects have been announced or are currently being worked on in Dubai to help it achieve the goal set out under the Tourism Vision 2020.

When announcing the vision, Sheikh Mohammed bin Rashid Al Maktoum revealed he wanted the emirate to attract 20 million visitors a year by 2020 - which will, if achieved, boost the region's economy and make it one of the most-visited destinations in the world.

To attain this goal, Dubai's government and public sector hatched several plans to build attractions that will lure tourists from across the globe to the emirate's shores. These projects will help to boost visitor numbers from the 13.2 million recorded last year to the 20 million outlined.

Billions of dirhams are being spent to strengthen the emirate's infrastructure and improve its offering for visitors. Large sums of money are also being invested to prepare the emirate for the influx of visitors expected during the World Expo 2020's six-month run.

Here are some of the upcoming ventures that are set to open in Dubai in the coming months and years.

A complex containing three theme parks based on their own distinct concepts is currently being constructed by Dubai Parks and Resorts, with around 40 per cent of the work already completed. It's set to open in October 2016 and will be home to Motiongate Dubai, Bollywood Park and Legoland. A recent report from PwC describes theme parks as an integral part of the UAE's tourism offering.

In a statement, Philip Shepherd, partner at PwC middle east hospitality and leisure, said: "The key to a consistently successful destination is enabling visitors to enjoy multiple attractions. Offering multi-park tickets, all inclusive packages and coordinated visitor management from booking through inbound and local transportation, hotels and attractions will be crucial.”

Set to be one of the biggest tourist attractions in the emirate and the world, the Dubai Frame is expected to be finished towards the end of this year. The giant rectangular frame will be located in Zabeel Park - a position chosen to give visitors the best view of both old and new Dubai, showing how tradition meets modernity. The structure will be 150 metres high and 93 metres wide, providing optimal views of landmarks like the Burj Khalifa, Deira Umm Harare and Karama.

Set to be built in the Emirates Tower near Sheikh Zayed Road, the Museum of the Future is being hailed as a source inspiration for generations to come and an incubator for ideas and innovation. The project - worth $136 million (£86.4 million) - will be open to the public from 2017, allowing visitors to experience the future through cutting-edge simulations and interactive demonstrations. It will also be a space for scientific conferences to be held, as well as advanced courses and specialised workshops that will cover the latest developments, trends and designs.

Once completed, this development will be three times the size of Downtown Dubai and will be located alongside Dubai Creek. It will be made up of 3,664 office units, eight million sq ft of retail space and 39,000 residential units. The project will also see the construction of the world's tallest twin towers, but details have yet to be released about when these will be built.

The RTA has confirmed that around one-third of the AED2 billion canal project has been completed to date, with construction of the bridges on Al Wasl Road currently in full swing. The project also involves a 16-lane flyover on Sheikh Zayed Road and flyovers on Al Wasl and Jumeirah roads. The development - which began back in October 2013 - will see the Dubai Creek extended three kilometres and the canal expanded to connect to Business Bay and the Arabian Gulf.

Work has already begun on the $1.6 billion Bluewaters Island project, which will be in close proximity to The First Group's two developments in Dubai Marina: Wyndham Dubai and TFG ONE Hotel, Dubai Marina. The island will be home to the Dubai Eye, which is being billed as the world's tallest Ferris wheel and is sure to be a big hit with tourists that have come to the emirate to get first-hand experience of the land of superlatives. The Roads and Transport Authority (RTA) has also set aside AED475 million (£82.56 million) to link the island with the mainland to make it easier to travel to.