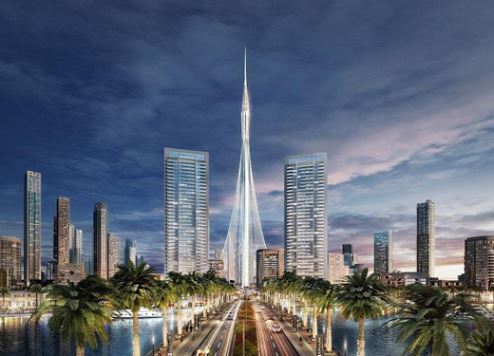 In preparation for hosting the first World Expo in the Middle East, Dubai is investing billions in new mega tourism developments. Here are the top five scheduled to open by 2020

Promoted by developer Dubai Holding as a ‘comprehensive tourist destination’, the US$1.7 billion Marsa Al Arab development will be spread across two manmade islands – one on each side of the iconic seven-star Burj Al Arab.

The new mega development spans an area around four million square feet and is scheduled to be completed in early 2020 prior to the opening of the World Expo.

One of Marsa Al Arab’s islands will be dedicated to entertainment and family tourism and the other will feature luxury villas and a private marina.

It will also house a 1,700-seat theatre, which will become home to the world-renowned Cirque du Soleil show.

Top tourism attractions will include a revamped Wild Wadi water park and ‘Marine Park’, which will be a first-of-its-kind marine life edutainment centre in the Middle East.

There will also be 400 new F&B outlets, as well as new features such as pedestrian pathways, a jogging track, large swimming pool and a cycling course.

This new Creekside mixed-use development will be home to the world’s tallest building, known as The Tower.

The US$1 billion building will eclipse Dubai’s existing record holder, Burj Khalifa, “by a notch”, says Mohamed Alabbar, chairman of Emaar, the developer behind both record-breaking towers.

Designed by Spanish-Swiss architect Santiago Calatrava Valls, known for futuristic structures such as the City of Arts and Sciences complex in Valencia, Spain, The Tower will feature a slender, streamlined structure with a needlepoint-like tip, and will offer garden-inspired observation decks decorated with trees and other greenery.

Dubai Creek Harbour itself will be home to one of the city’s largest marinas, a new mega-mall, restaurants and hotels. The entire development is set for completion in the first half of 2020.

This new mega-development located adjacent to Dubai’s Deira district consists of four islands that will add 23.5 kilometres of prime waterfront land to the city’s coastline, including 8.5 kilometres of new beaches.

The development’s south island will feature a large marina, a Night Souq as well as Deira Mall, plus the Deira Islands Towers and Boulevard featuring residential, retail and leisure components.

A highlight of the development will be an open-air amphitheatre that will host major public events and provide capacity for up to 30,000 people. Other key attractions will include retail boardwalks that will feature restaurants and other open-air attractions including night markets and exhibitions.

The entire project is taking an eco-friendly approach to development, with an emphasis on low-energy consumption and natural climate control designs that take advantage of sea breezes to reduce the need for air-conditioning.

The 210-metre Ferris wheel is inspired by the UK capital’s London Eye but dwarfs it for size. It will carry up to 1,400 passengers at a time in 48 glass capsules, providing panoramic views of Dubai’s coastline and skyline.

The island itself will be linked to the mainland by a dedicated pedestrian bridge being built from JBR, as well as an automated metro system ferrying passengers from Dubai Metro’s Nakheel Harbour and Towers station.

Other key features include more than 200 retail and dining concepts, beachfront hotels, public boardwalks, a souq, and a conference centre. Ain Dubai is scheduled for completion in 2019, with the entire development planned to open in 2020.

The latest landmark development from Dubai Parks & Resorts, Six Flags Dubai, marks the debut of the world-famous US theme park brand in the Middle East.