2014 demonstrates that 'Dubai's goals are achievable' 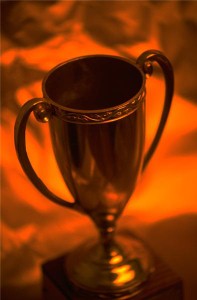 The progress and achievements Dubai has made during 2014 suggest[s] that the new plans unveiled on Wednesday (December 17th) are more than attainable for the emirate.

According to prominent futurist and best-selling author Parag Khanna, global cities, as opposed to states, will dominate the 21st century as they are 'engines of globalisation' and drivers of growth.

He believes that those with ports, like Dubai, will demonstrate the best performance compared to those without, as they can become as rich and powerful as the Italian city of Venice was 600 years ago.

It's obvious that the emirate's government agrees with Mr Khanna's theory and is eager for the region to achieve more in the coming years. The 'Dubai Plan 2021' is a commitment to help the emirate continue on its journey to becoming smart and sustainable, and become a favourite destination to live, work and travel to, while creating a coherent and cohesive society.

Although some may describe Dubai's goals as ambitious, it could be said that it has already achieved great feats over the last 12 months. During 2014, the emirate has added an additional runway to one airport and unveiled a plan to make its second the biggest in the world - putting it leaps and bounds ahead of Heathrow.

Saj Ahmad, chief analyst at StrategicAero Research, told The National: 'Whether Dubai International overtakes Heathrow this year is not too much of an issue. The reality is that by early 2015, the airport will become busier than Heathrow and take the top spot and stay there.'

A raft of plans for tourist attractions have also been unveiled during 2014, with Dubai Parks and Resorts announcing that it intends to build a three-theme park development worth AED10 billion (£1.7 billion). Once constructed, it is estimated that it will attract 6.7 million visitors in its first year, helping Dubai reach its target of luring 20 million visitors per year by 2020.

The emirate has also launched several successful campaigns to boost the number of tourists heading to Dubai, embarking on a myriad of road shows in key markets such as India, Saudi Arabia and Russia.

Sheik Ahmed bin Saeed Al-Maktoum, chairman and chief executive of Emirates Airline, said: 'Last year, Dubai welcomed more than 11 million visitors and our aim is to continue to grow these numbers by constantly enhancing every aspect of Dubai’s destination offering, making our city the top choice for all types of travellers from across the globe.'