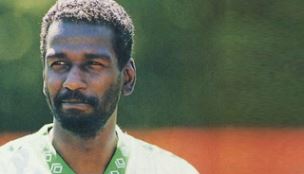 The much-loved former striker for Saudi Arabia and Riyadh’s Al Nassr FC, who was affectionately known as the ‘Arabian Jewel’ during his playing days, has been named The First Group’s ambassador for the Kingdom of Saudi Arabia (KSA) and the wider Middle East and North Africa (MENA) region.

Abdullah, who was hailed Asia’s ‘player of the century’, represented his country on 116 occasions and scored 533 goals during his long career spanning the 1980s and 1990s.

Also known as the ‘Desert Pelé’, he was the Saudi Premier League’s top scorer for six years; was awarded the coveted ‘Asian Footballer of the Year’ title for three consecutive years, from 1984 to 1986; and won the prestigious AFC Asian Cup twice with the Saudi national team in 1984 and 1988.

“Majed is one of the region’s true sporting heroes and is highly revered by fans, not only in Saudi Arabia, but across the wider Middle East, Asian and African regions,” said The First Group Joint Chairman Danny Lubert.

“It is a real privilege and honour to have Majed join The First Group team, acting as our brand ambassador in KSA and MENA, where his high profile will help spread our message to potential investors in these markets.”

Abdullah, who was officially revealed as The First Group’s ambassador on 25 August, has invested in one of the developer’s most iconic projects, TFG Marina Hotel. Wyndham Hotel Group, which is the world’s largest hotel management firm, will operate the property as Wyndham Dubai Marina.

The 32-floor landmark hotel, located in the heart of the dynamic Dubai Marina district, will feature 497 rooms and be furnished and fitted to the highest standards.

By becoming an ambassador for The First Group, Abdullah is in good company, joining the property development firm’s elite team of sporting celebrities who represent the organisation in key global markets.

Abdullah said it was a privilege to be part of a prestigious team of brand ambassadors.

“I am honoured to be held in such high esteem by one of the region’s most professional and dynamic property developers and look forward to promoting The First Group in the Middle East and North Africa.”

To find out more about The First Group’s developments and opportunities, visit www.thefirstgroup.com.

Featuring 497 beautifully appointed, turnkey hotel rooms, Wyndham Dubai Marina is destined to become one of ‘New Dubai’s’ most sought after hotels for business and leisure guests. Wyndham Hotel Group, the world’s largest hotel management firm, will operate Wyndham Dubai Marina, marking the organisation’s debut in the UAE. With a vast portfolio of more than 7,650 hotels, Wyndham Hotel Group is one of the world’s most respected hoteliers. The luxury four-star property is located in the heart of dynamic Dubai Marina, in close proximity to the district’s main transport links including the Dubai Metro and Sheikh Zayed Road. Full hotel services including 24-hour reception, concierge and room service as well as free Wi-Fi access and state-of-the-art business facilities will be available to guests. An exclusive Club House, featuring a four-storey annexe housing luxurious leisure options including a rooftop swimming pool and high-tech gymnasium, will also be accessible.

ABOUT THE FIRST GROUP

The First Group is a British-owned international hotel & property development company, whose principals have built up their expertise and success in the global market over the last 30 years. The First Group management team draws from strong and diverse backgrounds in the fields of global property, finance, acquisition, marketing and product development. Its expert eye for emerging property market potential and prestigious partnerships with industry leaders means that their clients can enjoy secure and attractive returns from one of the world’s most vibrant hotel markets. With its global headquarters in Dubai and offices spanning Moscow, Almaty, Kazan, Astana, Abuja, Lagos, Jeddah and most recently Khobar, The First Group’s client base is expanding rapidly. For more details visit www.thefirstgroup.com.